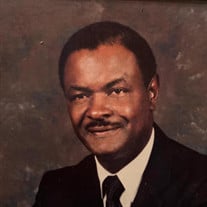 Life Reflections I have fought a good fight, I have finished my course, and I have kept the faith.” Timothy 4:7 The Prologue: The Williams family thought long. There were so many things to capture about their beloved Gus and his life. Here are a few words to summarize how much he meant to them. The Beginning Mr. Augustus “Gus” Williams was born in Sumter, South Carolina, on March 26, 1932, to the late Carl and Loumisha Williams and raised by the late Lillie Williams. The Student Gus was educated in the public schools of Sumter County and graduated from the Adult Education Program at Lincoln High School. The Productive Citizen Gus was drafted into the U.S. Army and served from 1953-1955. He was employed as a production worker at Southern Coating before he enlisted in the South Carolina Air National Guard in 1973. He was called into active duty where he served in “Desert Storm.” While in the Air National Guard he worked as a Civil Service employee. After twenty years of service in both the Air National Guard and Civil Service he retired in 1993. Gus was also a licensed barber and did brick masonry work. The Love Augustus was united in holy matrimony to Sarah Brogdon Williams on May 17, 1958. From this union two children were born. The Worshipper At an early age, Gus accepted Christ and was a member of Ebenezer Presbyterian Church USA, Dalzell, South Carolina. Later, he became a member of St. Paul AME Church, Sumter, South Carolina. He was a faithful and dedicated member of the Trustee and Steward Boards, Male Chorus, Lay Organization, the first president of the Sons of Allen, Church School teacher, and Class Leader of Class #13. The Community Gus was a very faithful member of the Lincoln High School Preservation Alumni Association. He was a dedicated member of the Gala Committee and an adopted member of the class of 1960. Gus visited the sick in the area nursing homes and hospitals every Friday until the pandemic. Gus was a life member of the V.F.W. of D.A.V. American Legion, life member of the NAACP, Life member of the Lincoln High School Preservation Alumni Association, and a member of the Neighborhood Association. Gus was also the PHA, St. Paul Lodge #8, and Sumter Elks Lodge.. The Retrograde He was preceded in death by one son, Gregory L. Williams; one sister, Lucille Muldrow; one niece, Sheila Muldrow; and one nephew, Marvin Scarborough. The Transition Augustus “Gus” was taken up to his heavenly home on Friday afternoon of May 21, 2021, at his residence in Sumter, S.C. He leaves to cherish memories of his loving smile, his beloved wife of the home, Sarah Brogdon Williams; one son, Tyrone (Linda) Williams of Sumter, SC; three sisters, Lula M. King and Rosalie Scarborough of Philadelphia, PA, and Ada B. Ford of Sumter, SC; two brothers, Thoney (Diretha) Williams of Sumter, SC, and Murray Scarborough of Philadelphia, PA; two grandchildren, Tyrone Williams Jr. of Tallahassee, FL and China (Uche) Agu of Valdosta, GA; two sisters-in-laws, Nettie Jenkins, Lynchburg, VA and Willie M (Rev. Willie) Green, Augusta GA; one brother-in-law, Charlie (Althenia) Tomlin, Alcolu, SC; two aunts, Jessie Isaac and Estelle Scarborough, Bishopville, SC; one god son, Lamont Williams; one adopted daughter, Barbara Martin, and host of nieces, nephews, other relatives and friends. In lieu of flowers, contributions may be sent to: Sons of Allen St. Paul A. M. E. Church 835 Plowden Mill Road Sumter, South Carolina 29153 To access the livestream of the service, please go to Facebook.com, search for Palmer Memorial Chapel Inc., and "like" the page. The livestream video will begin at the designated time of the service.

Life Reflections I have fought a good fight, I have finished my course, and I have kept the faith.&#8221; Timothy 4:7 The Prologue: The Williams family thought long. There were so many things to capture about their beloved Gus and his life.... View Obituary & Service Information

The family of Augustus Williams created this Life Tributes page to make it easy to share your memories.

Life Reflections
I have fought a good fight, I have finished...