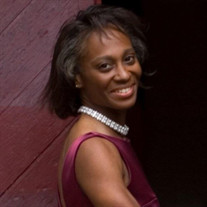 Charla Tolbert McMillian was born June 1, 1964 in Columbia, South Carolina and was the first of two children born to the late Rev. Charles L. McMillian and Fredrina Tolbert. She attended Heathwood Hall Episcopal School from kindergarten through twelfth grade. At Heathwood, she performed in musical theatre, was on the speech and debate team, and won four consecutive first prize awards in statewide Spanish declamation contests. Charla was the first female student at Heathwood to run on the Boys Cross-Country Team. During her junior year, she attended the summer program for academically-gifted students at the South Carolina Governor’s School. After graduating from Heathwood in 1981, Charla attended Dartmouth College where she earned a Bachelor of Arts Degree in English. She earned the Clifford S. Gurdin 1964 Memorial Prize for best directing in theatre. She was a member of Kappa Kappa Gamma sorority and graduated from Dartmouth in 1985. In 1986, Charla entered the U.S. Marine Corps Officer Candidate School in Quantico, Virginia. While stationed at the First Marine Division at Camp Pendleton near San Diego, California, Charla served as a specialist in Russian Intelligence and attained the rank of Captain. In 1989, Charla received an Honorable Discharge and enrolled at the Boston University School of Law. She earned a Juris Doctor Degree in 1993 and gave the student address at commencement. Charla then worked as an associate for a Boston law firm as well as for the New England Legal Foundation. She was also a contracts manager for the Massachusetts Executive Office of Health and Human Services. In 1997, Charla founded FitBoot, a military-style fitness enterprise.. For over a decade, she trained hundreds of clients in Boston and San Francisco. FitBoot’s pioneering program was featured in national media.. Charla was also a northeast under-black-belt Kenpo Karate competitor. Her motto was mens sana in corpore sano – a sound mind in a sound body. Her work as a trainer inspired her to write two books: Boot Camp Abs: Get Rock-Hard Abs with Former Marine Captain Charla McMillian, published in 2005; she also co-wrote Power Up for Fitness: Exercise for Playing Stronger and Running Longer (Let's Move), published in 2018. In 2010, Charla was diagnosed with Multiple Sclerosis, which affected her eyesight and limited her mobility. As a result, she retired from FitBoot in 2012 and returned to music – her life-long passion. In 2013, she composed a collection of contemplative songs later recorded as a solo album: Life Stories. Charla performed the guitar, keyboard, and vocals for the album, which Los Angeles-based Ten12 Entertainment produced 2014. She left a collection of more than 300 original compositions and recordings. Charla is survived by her brother Charles Tolbert of New Jersey and many close and loving family members and friends. In lieu of flowers, memorials may be made in her name to The National Multiple Sclerosis Society: https://www.nationalmssociety.org/Donate.

The family of Charla Tolbert McMillian created this Life Tributes page to make it easy to share your memories.

Send flowers to the McMillian family.