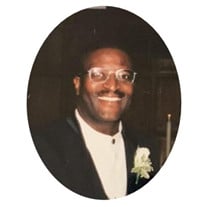 “Whatsoever you do, work at it with all your heart, as working for the Lord, not for men, since you know that you will receive an inheritance from the Lord as a reward. It is the Lord you are serving.” Col. 3:23-24 It was a cold, clear, wintery day in Georgetown, South Carolina, February 25, 1960, that God blessed Marie and William Greene with a baby boy. They named him Charles Linwood Greene. The youngest of eight children, he grew-up in a loving, Christian home where he was introduced to Jesus Christ at an early age. He was predeceased by his father-January 25, 2020, his mother-July 23, 2020, a sister, Rosalyn-1952, and son, Curvin Harris, June 15, 2018. Charles was affectionately called “Linwood” and “Nick” by his very close friends. As a preteen, he accepted Jesus Christ as his Savior at Arnett African Methodist Episcopal Church and participated in the Children and Youth Ministries and volunteered with The Helping Hand Ministry. As a child, Charles was very inquisitive. He always had a thirst for knowledge and was very adventurous. He was educated at St. Cyprian Catholic School and graduated from Howard High School in 1978. He was interested in Mortuary Science and worked at Frazier Funeral Home where he was an assistant to Mr. Walter Frazier. His love for people was exemplified in his genuine smile, his hearty laughter/sense of humor, his kind, generous-concerned spirit and his congenial interactions with family, friends and acquaintances. He gave freely of his time, talents, skills, and resources. Charles was a well-rounded young man who reached his full potential when he accepted the call to serve his country. He enlisted in the United States Army on June 22, 1979 as a Supply Specialist. During his Army career, he worked in a variety of positions and achieved the rank of Sergeant First Class (SFC). He served his country in Wurzburg, Germany, Fort Dix, New Jersey, Fort Benning, GA, completed two (2) tours of duty in Afghanistan and one in Iraq. Charles was Honorably Discharged/Retired from the Infantry Division in 2006. His Military Career (Army and National Guard) expanded thirty-five (35) years. While in the Army, he earned numerous distinguished awards, badges and ribbons, inclusive of: the Bronze Star, Army Achievement Medal (3), Army Good Conduct Medal (2), National Defense Service Medal (2), Global War on Terrorism Expeditionary Medal, The Global War on Terrorism Service Medal, Combat Action Badge, Drill Sergeant Identification Badge, Expert Qualification Badge, Overseas Professional Development Ribbon, Army Service Ribbon, Overseas Service Ribbons (2), Non-Commissioned Officer Professional Development Ribbons (3) and Army Reserves Component Overseas Training Ribbons (2). Charles enjoyed photography. He met Sylvia Harris in 1991 while taking pictures at Fort Jackson. They were married on May 29 1998. Their military duties took them to several Military Bases throughout the United States. They settled in Columbia, SC., and he joined Journey United Methodist Church and served as a Trustee and with the Café Ministry. After Charles retired from the Army, he accepted a new purpose in his life, while dealing with the scars and ills of war on his health. He touched so many lives through his zest for life, and his passion for service. His love for the military was further exhibited through his volunteer time and activities with the Wounded Warrior Project, Disabled American Veterans and the Post Traumatic Stress Disorder (PTSD) Foundation. Many people view death as a sad occasion, but the death of a Christian, is glorious; and Psalm 116:15 reminds us that “precious in the sight of the Lord is the death of His Saint”. On Sunday, October 25, 2020, knowing the injuriesand health conditions associated with war, God knew that Charles fought the good fight (on all fronts) of faith and summoned him to his eternal home. Memories of his life will be cherished by his wife, Sylvia Harris Greene; three sons: Ryan (Terkessa) Taylor of Columbia, SC, Sterling (Jessica) Ballard of Concord, NC, and Quinton Ballard of Fayetteville, NC; four daughters: Celeste C. Greene of Atlanta, GA, Veronica (Clarence) Hill of Richmond, VA, Carla Harris of Hampton, VA and Phyllis Ballard of Columbia, SC; two grandsons: Brandon (Nikole) Austin and Dominque Hollier (Stephanie) both of Hampton, VA; three great-grandchildren: Nyla, Elijah, and Jacob Austin of Hampton, VA; three sisters: Sarah Myers, Mary (Eric) Blake and Jo Ann (Thomas) Allen all of Atlanta, GA; three brothers: William (Juliette) Greene of Columbia, SC, Calvin Greene and Fred Greene, both of Georgetown, SC; an uncle Frank (Yolanda) Richards of Rochester, NY; mother-in-law, Lois Harris of Newport News, VA; two brothers-in-law: Anthony Ballard of Columbia, SC and Kyle (Benita) Harris of Hampton, VA; two sisters-in-law: Regina Melton and Tracey (Mac) Burgress both of Hampton, VA; and a host of nieces, nephews, cousins and friends. Commit to the Lord whatever you do, and He will establish your plan. Proverb 16:3

&#8220;Whatsoever you do, work at it with all your heart, as working for the Lord, not for men, since you know that you will receive an inheritance from the Lord as a reward. It is the Lord you are serving.&#8221; Col. 3:23-24 It was a cold,... View Obituary & Service Information

The family of Charles Linwood Greene created this Life Tributes page to make it easy to share your memories.

“Whatsoever you do, work at it with all your heart, as working...

Send flowers to the Greene family.