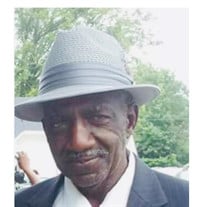 Charlie Hunter, affectionately known by many as “Charlie Ragg”, “Chrag”, “Pop”, “Ragg” or ‘The G.O.A.T” was born March 26, 1940 to Adam Hunter and Marie Singleton Hunter in Horatio, South Carolina. He was educated in the public schools of Sumter County, SC. Charlie married Elizabeth Bradford in March 1960 and they remained married for 59 years until his death. Charlie had a series of jobs before establishing a fulfilling career in the construction industry, where he specialized in Design, Construction and Masonry. His first role was with Atlas Mineral Construction in the late 1960s and concluded his career at Albright and Wilson Chemicals and Spadotto Construction in 2002. He was an avid purveyor of land and land ownership. His hobbies included organic/all-natural farming, various businesses and real estate ventures, listening to gospel music, attending and watching wrestling, working with automobile repairs/mechanical work, and owning salvage autos and other farming equipment. Charlie was a loyal financial supporter of High Hills African Methodist Episcopal Church. He attended Willow Grove African Methodist Episcopal Church for more than 70 years and was instrumental in building and erecting of its current sanctuary. He lived a blessed life of Christian values. He loved everything about Horatio, especially the people of his community. There was nothing he would not do to support or encourage others and he never met a stranger. Charlie Ragg was a very simple man. He was honest and frugal, yet always a pleasant, jovial and hard working. Moreover, he was admired and respected by all who knew him and considered by many as a loyal and devoted friend. After living with numerous health challenges, Charlie passed away on Friday, June 28, 2019. “Chrag” leaves behind to cherish fond memories his wife, Elizabeth Hunter; children and their spouses: Charles Adam and Tamara Alston-Hunter, Mary Hunter (Ronnie) Rivers and Tony Hunter. “Pop” is survived by his beloved nine grandchildren and fourteen great-grandchildren. “Charlie Ragg” is remembered by his supportive sisters: Mary Hunter-Hinton, Louise Hunter-Hanley and Percalee (Robert) Hunter-Morris; sister-in-laws Louise Stewart-Bradford and Minnie Miller-Bradford, a large extended family consisting of loving in-laws, cousins, nieces, nephews, and special friends. He shared a very special bond with his nephews, nieces, cousins, and especially cousins of Chester, PA. He is predeceased by two children Patricia Ann Hunter-Brooks and John Nathan Hunter; sibling, Thomas “Daddy” Hunter (sister-in-law Gracie Floyd-Hunter) and brother-in-laws, James Bradford, Sr., Isaac Bradford, Sr., Wallace Bradford, Sr., Dalton Hanley, Sr. and Heyward A. Hinton. Charlie remains will be interned at High Hills African Methodist Episcopal Church

The family of Charlie Hunter created this Life Tributes page to make it easy to share your memories.

Charlie Hunter, affectionately known by many as “Charlie Ragg”,...

Send flowers to the Hunter family.