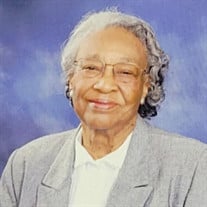 Life Reflections TIDES: “The tide goes out. The tide goes in. Sand washes away and is brought back again. Every day I sit here and wish you were by my side to dry my tears before they are swept away upon the tide. A mother is your first love, as her children are her last. A bond that stretches evermore, in the future and the past. There are other loves that join in that spring up on either side, but still it lingers constant, ever flowing, like the tide.” Christine McLeod Wilson, at 93 years of age, passed away early on Tuesday morning, December 21, 2021, at Agape Hospice House of the Midlands in Columbia, South Carolina. Christine was born in Rembert, South Carolina, and she was the daughter of Frank McLeod and Louvenia Jasper McLeod. After graduating from St. Michael’s High School at Shaw AFB in Sumter, she matriculated at Morris College in Sumter, South Carolina where she was a student for one year with a desire to major in French. While there she met the man that would become her future husband, Mr. Samuel Wilson. She transferred to Allen University, where she changed her major to Education, and graduated with a B.A. degree in Education. After her marriage to Samuel Wilson, she initially worked as a teacher in the Sumter County School System. She gave birth to her first child, Sammyette Wilson Jones while living in Sumter. The family then moved to Conway, South Carolina, where Christine completed thirty (30) years of teaching in the Horry County School System. She gave birth to her youngest child, Dr. Christopher Wilson while in Conway. For all of her life from childhood and into adulthood, Christine’s love of the church, religion, and her faith was a central force in her life. In her later years after retirement, going to Sunday services every week and volunteering at her church in Conway, Cherry Hill Missionary Baptist Church, became a major part of her daily and weekly life. In addition to her faithful church services she was also a dedicated member of Sigma Gamma Rho Sorority, Inc. As noted previously, Christine was preceded in death by both her parents, her husband Samuel, one brother O’Donnell McLeod, and her beloved fur baby Mocha. She leaves to cherish precious memories are her loving children, Sammyette and Christopher, granddaughters Alysee Jones and Shawn Wright, grandson-in-law Michael Wright, great grandson Cooper Jonathan Jones-Brown, sister Geneva Dow, brother Bultman McLeod, a host of cousins, nieces, nephews, other family members, and decades-long friends, neighbors, and fellow church members.

Life Reflections TIDES: &#8220;The tide goes out. The tide goes in. Sand washes away and is brought back again.... View Obituary & Service Information

The family of Mrs. Christine McLeod Wilson created this Life Tributes page to make it easy to share your memories.