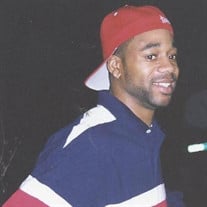 Clarence Martin Pope, III, 44, husband of Kemyatta Cash Pope, departed this earthly life on November 10, 2015 at his residence in Mauldin, South Carolina. Born in Oceanside, New York, he was the youngest of four children born to Norma Wileeta Brown Pope and the late Dr. Clarence Martin Pope, II. Raised in Freeport, New York, Clarence graduated from St. Andrews Prepatory School in the Class of 1988. He earned a Bachelor of Science degree from Fisk University and graduated in the Class of 1995. Clarence was a member of Alpha Phi Alpha Fraternity, Inc. He was employed as an engineer at Bavarian Motor Works in Greenville, South Carolina for over 15 years. He was an avid tennis player and at the age of 14, won the US Open Junior Championship. Clarence was dedicated to his children, enjoyed high performance luxury vehicles and was devoted to his bulldogs, Buster, Brooklyn and Noah. Clarence was a private man, gone too soon. In addition to his father, he was preceded in death by two sisters, Alicia Lasalle and Panchetta Tonyu Pope. Surviving are: his wife, Kemyatta Cash-Pope of Washington, DC; four children: Keland Alycia, Celita-Ashley and Christopher Martin Pope all of Washington, DC and Marion-Chloe Akwoue of Gabon, Africa; his mother, Norma Wileeta Brown Pope of Columbia; a sister, Celita Pope Christman of Madison, Tennessee.; his uncle, Franchot Arnie Brown, Esq. of Columbia; other relatives and friends. Memorial donations can be made in the name of Clarence Martin Pope the III to the Palmetto Chapter of the Juvenile Diabetes Research Foundation 1122 Lady St. Suite 1000 Columbia, SC 29201

The family of Clarence Martin Pope III created this Life Tributes page to make it easy to share your memories.

Send flowers to the Pope family.