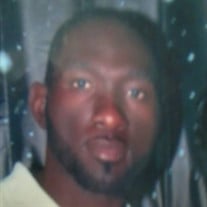 Clinton Levar Johnson, affectionately known as &#8220;Bo- Bo&#8221; was called home to be with the Lord on Saturday, May 15th, 2021 at Prisma Health Baptist Hospital. Clinton was born on January 13th, 1984 in Columbia, South Carolina to the... View Obituary & Service Information

The family of Clinton Levar Johnson created this Life Tributes page to make it easy to share your memories.