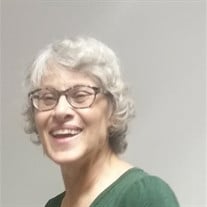 Diane Marie Welch was born on September 19th, 1957 in Utica, New York to the late Robert Patrick Bristol and Betty Jane Bristol. She was called to eternal rest on March 30th, 2019. As a young woman, she graduated from Chadwicks High School in 1976, and thereafter enlisted in the United States Air Force. During high school, Diane played the flute, worked at a diner, was the captain of the varsity cheerleading team, played soccer and volleyball, as well as participated in student government. While serving in the military, she attended the University of Maryland University College Europe, and studied at Central Carolina Technical College. On a tour to Torrejon AFB, in Madrid, Spain, she met her husband, Frederick Welch, who was also serving in the Air Force, and they married in 1980. They went on to have two daughters, Keesha Welch and Cherita Welch [Hardy]. After serving 22 years in the Air Force, she retired and began a career in Civil Service, as well as volunteering with many organizations, including United Ministries, Relay for Life, The American Cancer Society, and the First United Pentecostal Church Care Group. She was a member of the First United Pentecostal Church and previously attended the St. Mark 4 Bridges Baptist Church, Dalzell. Diane’s favorite color was green; her favorite foods were coconut cake, crab legs, and her daughter’s sugar cookies. She was known as a prayer warrior, a strong and passionate woman, and above all – someone who loved her family. She was a wonderful mother and an even better grandmother. She was selfless, caring, and believed in her faith more than anything. She was known as someone who touched lives everywhere she went and truly made an impact on everyone. She is remembered by her husband of 39 years, Frederick Welch, her daughters Keesha Welch and Cherita Welch [Hardy]; grandchildren, Ariana Welch, Neveah Hardy, Niyelle Hardy, Nyzaiah Hardy, and Kenidee Welch. She is also survived by her siblings, Bonnie Jo and Gary Zittel, Robert and Lori Bristol, Stephen and Sharon Bristol, Donald and Sue Shephard, David Shephard, William and Linda Shephard; a son-in-law, Nathaniel Hardy, her mother-in-law Barbara Welch; sisters-in-law, Melrose Brownlee and Bonnie Graham, Missy and Jeff Hart, Michael and Sue Shephard, and a host of other relatives and friends.

Diane Marie Welch was born on September 19th, 1957 in Utica, New York to the late Robert Patrick Bristol and Betty Jane Bristol. She was called to eternal rest on March 30th, 2019. As a young woman, she graduated from Chadwicks High School in... View Obituary & Service Information

The family of Diane Marie Welch created this Life Tributes page to make it easy to share your memories.

Send flowers to the Welch family.