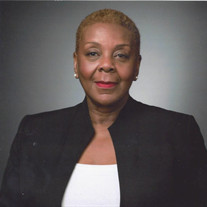 Dorian Mendez-Vaz was a minister and educator who believed that faith in the word of God, a God filled spirituality involving prayer as the center of personal and communal empowerment, and education are the keys to developing and living a purposeful life. She was born in Camden, New Jersey, and a childhood resident of Germany. Dorian was baptized in the Tenth Street Baptist Church while witnessing the servanthood examples of her grandparents, the late Mamie Coleman White and James White, Sr. With the belief that she was called by God at an early age, she went on to pursue a professional life that she felt would allow her to stand in the servant shoes of her grandparents and express the spiritual witness that she saw in her grandmother. With more than twenty years of human service experience, including developing and administering national program initiatives for families and communities, Dorian responded to the call to Gospel Ministry in 1992. She began her theological training by attending New York Theological Seminary in 1993, and shortly thereafter received the President's Prize fellowship to matriculate at Chicago Theological Seminary from which she graduated with a Masters of Arts in Religious Studies in 1996. While in Chicago, she was a Minister-in-Training at the Trinity United Church of Christ under the tutelage and spiritual mentoring of the Rev. Dr. Jeremiah A. Wright, Jr, who remained her mentor and father in ministry. Dorian was the first woman to be ordained in the 132 year history of the Union Baptist Church, Montclair, New Jersey. Dorian Mendez-Vaz traveled throughout the world to Belgium, Canada, Caribbean Islands, France, Mexico, and throughout the United States including Alaska and Puerto Rico. She also traveled to South Korea for the International Interdenominational Conference and to South Africa for work and study tour with the United Church of Christ and Disciples of Christ. She was particularly taken by her participation in a mission and study tour across South Africa in 1996. Along with a group of ministers representing several United Church of Christ and Disciples of Christ churches throughout the United State, she conferred with churches and community organizations about working with youth and families experiencing the stress of recovery in the aftermath of apartheid. Her vision to help youth develop spiritual awareness and embrace the significance of education several years before that trip was expanded to what she considered a “global” call on her life. Dorian has continued to answer her call with Isaiah 61:1-3 as her witness and foundation by serving in the capacities of preacher, teacher, youth minister, minister to women, and minister for pastoral care and counseling. As an educator she has held teaching and administrative positions in private, public and higher education. Her varied work experience consisted of her work as Chief Executive Officer, Communities In Schools of the Midlands, SC; Independent Consultant for Grant Writing and Program Development; Executive Director of the Greater Milford Boys & Girls Club, DE; Lower School Head Director of Admissions/Placement, Teacher, NJ; National Board Development and Conference Planner, New York, NY; National Fellows Program Director, Columbia University, New York, NY; Campaign Director, United Way of New York City; Research Associate, United Way of Chicago; Director of Ministries Canaan Baptist Church, Delaware; Interim Pastor, Taylor Memorial Baptist Church, New Jersey; Children’s and Intergenerational Ministries National Coordinator , American Baptist Home Missions Society, PA; Associate/Pastoral Counselor, Union Baptist Church, New Jersey; Congregational Care Pastor and Youth Pastor, St. John’s United Methodist Church, New Jersey. While working as Head of the Lower School at St. Philip’s Academy in Newark, New Jersey, she developed the plan for “Within Her Reach: the Candace Ministries” for adolescent and teenage girls. With God's call that she move from St. Philip's in 2004, she brought the vision of that ministry to Union Baptist Church where she served as an Associate Minister since 2003. It was her desire to expand the Candace Ministries to an African country. In addition to work that she has done in the church and in the school setting, Dorian has conducted various workshops involving youth and women. Among her workshops are “Breaking the Silence: Recovery from Childhood and Adolescent Sexual Abuse”, “Beyond Our Pain: Self- Care and Development for Healthy Ministries Involving Youth” - a workshop for Youth Ministers which was presented at an American Baptist Churches USA National Ministries Conference, “Sister to Sister: Loving and Caring for Our Sisters Ourselves“, and “Breaking the Silence: Adult recovery from Childhood and Adolescent Sexual Abuse”. Her writings include “Now I Lay Me Down to Sleep” - an exposition on prayer in the crises and recovery from abusive situations and “The Keeping of My Soul” a monologue on self-expression and therapy in recovery from childhood sexual abuse. Her civic affiliations included being an Alternate Delegate for the Democratic National Presidential Convention for the State of Illinois; American Academy of Religion/Society of Biblical Literature; Delta Sigma Theta Sorority, Inc.; Lions Club International, Inc.; NAACP; National Black Child Development Institute; National Council of Christian Churches – Communities on Justice for Families and Children. Rev. Mendez-Vaz holds a Master of Divinity from Drew University Theological School; a M.A. in Religious Studies from Chicago Theological Seminary; a M.Ed. in counseling and Psychological Services from Springfield College (Massachusetts); and a B.S. in Elementary Education from American International College. She is currently on leave from securing a Doctorate in Ministry from Drew University Theological School. Dorian Denise Mendez-Vaz leaves to mourn, her mother, Anna Lucille Mendez-Vaz, two sisters, one brother, one uncle, Carlos Mendez-Vaz of Philadelphia, PA, one aunt, Audrey White of Camden, NJ, many nieces, nephews, great nieces, great nephews, cousins, sorority sisters, and friends worldwide. In addition to floral tributes, please make donations to The Children's Defense Fund 25 E Street NW Washington, DC 20001 or Feed the Children PO Box 97067 Washington, DC 20090.7067.

Dorian Mendez-Vaz was a minister and educator who believed that faith in the word of God, a God filled spirituality involving prayer as the center of personal and communal empowerment, and education are the keys to developing and living a purposeful... View Obituary & Service Information

The family of Rev. Dorian D Mendez-Vaz created this Life Tributes page to make it easy to share your memories.

Dorian Mendez-Vaz was a minister and educator who believed that...

Send flowers to the Mendez-Vaz family.