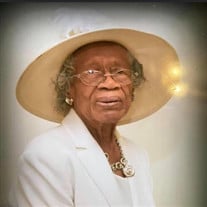 A Time to be Born Dorothy (DP) Mae Pringle Choice was born April 20, 1925 in Wedgefield, South Carolina to the late Thomas and Rachel Pringle. A Time to Learn and Live She was educated in the public schools of Sumter, South Carolina, graduating with honors from the St. Michael High School. After graduation, she matriculated at the historic Benedict College where she was a consummate athlete on the Women's Basketball Team. She earned her Bachelor of Arts Degree in French Education. She later matriculated at South Carolina State University in Orangeburg, South Carolina to pursue her Master’s Degree of Education in Educational Administration, graduating with honors from both institutions respectively. Dorothy began her professional career with Marlboro County School District as an Educator in Bennetsville, South Carolina. As she progressed in her career in education, after teaching many years in Bennettsville, she was offered a position with Clarendon School District One in Summerton, South Carolina t and it would change her life forever. With much prayer and consideration, she and her husband Ernest decided to relocate the family to Summerton, South Carolina where they both enjoyed productive careers as Educators and later District Administrators. Dorothy retired from Clarendon School District One with thirty-five years of devoted service. Dorothy took advantage of every opportunity to encourage everyone to exude principles of integrity, responsibility, dependability and the way to present oneself with dignity and class. As a woman of influential position, she was commonly referred to and known as the "Grand Dame". Dorothy was a proud soror of Alpha Pi Chi Sorority, Inc. She was also active with the Briggs-Delaine-Pearson Foundation, and NAACP - Clarendon County Chapter. She enjoyed singing and playing her piano and organ at home and at her beloved Union Baptist Church in Wedgefield, South Carolina. Years into her retirement, she coached a little league baseball team in Summerton, affectionately known as "Grannie's Baseball Team". Dorothy also loved caring for her prize-winning Luna Pink Swirl Hibiscus and the other flowers in her yard and across the street in Choice Park. Many family and community members from far and near were touched by Dorothy's love and affection. She often expressed gratitude for the love, care and attention showered on her by her devoted sons, Terry and Ernest, Jr. and many other friends and relatives in the community. A Time to Die Dorothy loved life and was not one to give up easily. She joined her parents, many of her siblings, her husband, Ernest Choice, Sr, and her son, Ret. CMST. Terry Choice in glory on August 13, 2021. A Time to Mourn Total love and dedication to the Choice and Pringle families will remain deeply ingrained in the heart of her beloved son, Ernest Arnett Choice and his wife Diane of Summerton, SC; her daughter-in-law, Okereda Choice of Sumter, SC; two sisters, Sarah Pringle Kelly of Wedgefield, SC and Thelma Pringle of Washington, DC; grandchildren, Michael, Sonja, Eric, Michael, Neal, Tiffany, Tenika, Chenell, and Moriah; great grandchildren; a host of nieces, nephews, other relatives and many dear friends. This is a Covid 19 compliant service and masks are required for both visitations and funeral. To access the livestream of the service, please go to Facebook.com, search for Palmer Memorial Chapel Inc., and "like" the page. The livestream video will begin at the designated time of the service. . In lieu of flowers, memorials may be made to The Scott Branch Alumni Assoc., P.O. Box 1374, Summerton, SC 29148 and The Briggs-Delaine-Pearson Historical Foundation, P.O. 155 Frierson St., Summerton, SC 29148.

A Time to be Born Dorothy (DP) Mae Pringle Choice was born April 20, 1925 in Wedgefield, South Carolina to the late Thomas and Rachel Pringle. A Time to Learn and Live She was educated in the public schools of Sumter, South Carolina,... View Obituary & Service Information

The family of Mrs. Dorothy Pringle Choice created this Life Tributes page to make it easy to share your memories.

A Time to be Born
Dorothy (DP) Mae Pringle Choice was born April...

Send flowers to the Choice family.