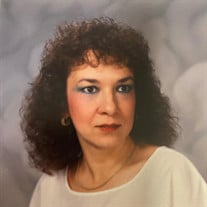 Evelyn Mika Tillman was born in Chicago, Illinois on October 12, 1953. Her family lived in the North Side of Chicago which was best known as a Polish enclave. Immersed in Polish language and culture, she also attended St. Constance Catholic School. Some of her afterschool activities included attending church services as well as being an active member of the Girl Scouts. At the age of 16, Evelyn followed her entrepreneurial spirit by earning her first job at a local donut shop. Even though she was tempted by these tasty treats, she was able to save enough money to purchase her first car. Following her drive for independence, Evelyn attended Ravenswood Hospital’s Nursing Program wherein she earned credentials to be a nurse. She was initially interested in working in a pain clinic which was one of very few clinics in the country. At this clinic, she was given the authority to perform home visits to local clients. Even once during a Chicago snowstorm she rode a snow plow to help a patient in need. She left Chicago to explore other parts of the United States such as the South West. She learned about indigenous persons and their culture. She eventually settled in Columbia, South Carolina where she met the love of her life, Jacob Clay Tillman. They married in 1984. Some of their favorite activities included attending property auctions, rehabbing older homes and making wine from the backyard. They would also take their two children to pick blackberries in Hopkins, SC behind their club. One of their favorite songs the club was Prince’s When Dove’s Cry. Her quest for knowledge continued as she later pursued two bachelor’s degrees, one in cultural anthropology and another in nursing. Evelyn devoted her life to helping those patients with psychiatric impairments. In her early years, she led day trips for admitted patients to visit the outdoors. She helped organize horseback riding, arts and crafts and other forms of innovative therapies. Her passion to help veterans culminated in independent research on the adverse effects of Agent Orange used during the Vietnam War. Evelyn also helped support the formation of a union for nurses at the Dorn VA Hospital in Columbia, South Carolina. She fought for and helped protect wage protection, health insurance benefits, protected time off, and other benefits. Even though intimidation tactics were used by local police officers, Evelyn did not allow that to dissuade her. During this time, she also met and fell in love with her late husband, Jacob Clay Tillman, with whom she had two daughters, Jennifer Christina and Laura Michelle. She used these opportunities to teach her children about the importance of social organization, collective power and living by your own moral standards. Beyond her work, Evelyn was an avid reader. She could almost always be found with a book on events such as Catholic history, World War II or current political affairs. She was informed about world events and used this knowledge to travel as much as she could. She worked enough to fund trips to Singapore, Bulgaria, Austria and Italy for herself and her daughters. There she explored the local cultures taking day trips with her children to see historical landmarks. When Evelyn was not traveling with her children or working at the VA, she also loved to care for animals. At one point, her household included many dogs, chickens, goats, hamsters, parakeets, bunnies and maybe a stray cat or two. She often reminded her children that she grew up on a 30 foot lot in Chicago, and she was living her childhood fantasy of owning so many animals. Other hobbies she had included crochet, antiquing and shopping. Evelyn made blankets, hats and scarves for anyone who would take one. Some of her favorite items to collect included Boyd Glass figurines and depression era glass. After the passing of her husband in 1998, Evelyn continued to work to support her children’s education and dance careers. She would often visit her children as adults in places such as New York, Albany, Chicago, San Diego, Las Vegas and Anchorage, Alaska. One of her last trips was to Vancouver where she was able to visit a bird sanctuary where parrots roamed free.

Evelyn Mika Tillman was born in Chicago, Illinois on October 12, 1953. Her family lived in the North Side of Chicago which was best known as a Polish enclave. Immersed in Polish language and culture, she also attended St. Constance Catholic... View Obituary & Service Information

The family of Evelyn Mika Tillman created this Life Tributes page to make it easy to share your memories.

Evelyn Mika Tillman was born in Chicago, Illinois on October...

Send flowers to the Tillman family.