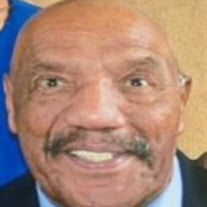 George Edward Coley quietly took his last breath on Saturday, January 16, 2021, at Prisma Health Baptist in Columbia, South Carolina. Born January 20, 1937, in Boston, Massachusetts, he was a son of the late Paul and Lucille Graham Coley. Early in his life, the family relocated to Cambridge, Massachusetts, where George was a 1955 graduate of Rindge Technical High School. Upon graduation, he joined the United States Air Force and served until his 1964 Honorable Discharge as an Airman First Class. Throughout his military career, he was assigned to the Strategic Missile Squad with assignments in Texas, New York, Oklahoma, Kansas, Greenland, and Greece. Upon his discharge from the military, George returned to Cambridge and found employment with Boston Technologies. He remained there for five years, before joining Polaroid Corporation as an Electronic Technician in 1969 where he remained until his retirement after thirty-two years of service. He met the love of his life, the former Ellasteen (Tina) Hudson, in 1966. A year later, they married in her hometown of Hartford, Connecticut, and enjoyed fifty-three wonderful years together. While their marriage did not produce any children, they were Uncle George and Aunt Tina to many nieces and nephews. In 2008, George and Tina left Massachusetts to relocate to the Greater Columbia area. They settled into the Blythewood community. George loved to cook and owned an extensive library of cookbooks; there wasn't a kitchen gadget, utensil, or small appliance that he did not want to try to improve his cooking. An avid reader, George read many books as well as two or three newspapers daily. He also loved nature and particularly enjoyed reading while National Geographic or Smithsonian Channel programs played in the background. Before his illness, George and Tina traveled extensively, visiting Europe, China, Japan, the Carribbean, Mexico, and Hawaii many times. He leaves to cherish precious memories his beloved wife Tina of the home; his brother Paul Coley of Sacramento, California; three brothers-in-law: Howard (Gloria) Hudson, Theodore (Blanche) Hudson, and Robert (Ada) Hudson; two nieces; two nephews; two grandnieces; three grandnephews; other relatives and friends who will miss this kind and gentle man who dearly loved all his family and friends. A private family burial will follow the memorial service.

The family of George Edward Coley created this Life Tributes page to make it easy to share your memories.

Send flowers to the Coley family.