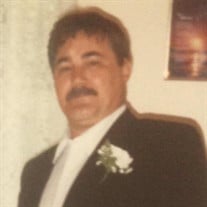 On Wednesday, May 13, 2020, another soul joined Heaven's ranks. George Monahan quietly took his last breath at Prisma Baptist Parkridge in Irmo, South Carolina. Born May 19, 1942, in Boston, Massachusetts, he was a son of the late James F. and Mary Reade Monahan. Raised in the Roman Catholic Church, he left home at the age of 16, and joined the United States Navy at the age of 18. He served four years (September 1961 - September 1965) stationed locally in Boston, before an automatic one year of service extension made him a combatant in the Vietnam War. Released from service in September 1966 at the Brooklyn Navy Yard with his newly honed electrical talents, he found employment with the New York Phone Company. While in New York, he attended St. Claire Catholic Church. In 1968 he married the former Marsala Monteverdi, and their union was blessed with a single child, daughter Dawn Louise Monahan. Known for his compassion and big heart, George loved and adored his daughter. He was not shy and very people-oriented. While he loved to joke, everything was was black and white with him - no shades of gray. An extremely organized man, George founded the neighborhood CB Club. Extremely talented with his hands, his hobbies included building: model ships, model planes, model Navy vessels; and plants, his back porch was a greenhouse. He also enjoyed Turner Classic Movies and catching up on his favorite team, the New York Yankees. Making Irish sodabread, corn beef and cabbage was another favorite activity. He leaves to cherish precious memories a loving and attentive daughter, Dawn and son-in-law Michael Wayne Harrington of Savannah, Georgia; two granddaughters: Dawnesha Harrington (26) and Delayna Harrington (5; a special brother, Percy Edwin (Marjorie) Hill of Oviedo, Florida; and a host of other family and friends.

On Wednesday, May 13, 2020, another soul joined Heaven's ranks. George Monahan quietly took his last breath at Prisma Baptist Parkridge in Irmo, South Carolina. Born May 19, 1942, in Boston, Massachusetts, he was a son of the late James F.... View Obituary & Service Information

The family of George Charles Monahan created this Life Tributes page to make it easy to share your memories.

Send flowers to the Monahan family.