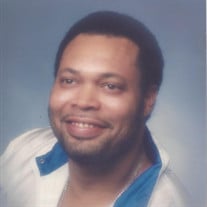 Jimmie Ray Day, Sr., lovingly known as Big Jim or Mr. Jimmie, was born July 31, 1953, in Walnut Grove, Mississippi. He was the fifteenth of sixteen children and the eleventh of twelve boys born to the late Murphy and Birtele Johnson Day. He passed away Saturday, February 15, 2020, at the family home he shared with his wife, the former Desiree Washington, and two of their children, Jimmie Jr. and Aaliyah, in Columbia, South Carolina. At the age of seven, he moved from Walnut Grove to Flint, Michigan, with his family. He was educated in the Flint Community schools. At the age of twenty, he was hired by General Motors Corporation and worked there until his 1997 retirement. He decided to take a military leave and served in the United States Marine Corps from 1974 until he was honorably discharged in 1976. He was a busy, hardworking man that was always washing and waxing his cars, working in his yard, fixing something in or around the house. He enjoyed a good game of dominoes and good music; he also enjoyed a good karate or western movie. However, he truly loved a good joke and a good laugh and was known for his good sense of humor. Jimmie married Desiree Kim Washington in August of 1994, creating a blended family of seven children. He was a no nonsense, dedicated father and husband. He was diagnosed with Early Onset Alzheimer's in January 2007, and fought this terrible disease for thirteen long years. In addition to his parents, Jimmie was preceded in death by five brothers: M.D. Day, C.D. Day, Felmon Day, Edward Day, and Earl Day; and two sisters: Lessie James and Charline Fentrees. He leaves to cherish precious memories his devoted and loving wife of over twenty-five years Desiree K. Day of the home; two sons: Jimmie R. Day, Jr. and Shawn M. Day, both of Columbia; five daughters: Yolanda Sillman of Flint, Michigan, Kimetha Washington, Aaliyah Day, Angelina Day, and Alyssa Day, all of Columbia; three grandsons: Tyler Sillman, Jaysen Washington and Kason Valdez; two sisters: Cillar George and Leila (Henry) Thompson; six brothers: Murphy (Lisa) Day, Clarence (Jean) Day, Lee Day, MacArthur (Tokaye) Day, Quitmon Day, and Jerome (Maneka) Day; three brothers-in-law: Johnnie (Barbara) Washington, Marion (Jacci) Washington, and James (Cheryl) Washington; a sister-in-law Georgia Wilson; other relatives and friends in both Michigan and South Carolina who will dearly miss him.

Jimmie Ray Day, Sr., lovingly known as Big Jim or Mr. Jimmie, was born July 31, 1953, in Walnut Grove, Mississippi. He was the fifteenth of sixteen children and the eleventh of twelve boys born to the late Murphy and Birtele Johnson Day. He... View Obituary & Service Information

The family of Jimmie Ray Day, Sr. created this Life Tributes page to make it easy to share your memories.