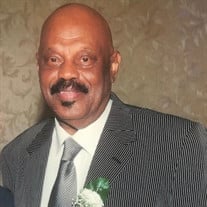 Leroy Dukes Williams Jr., age 76, died Friday, May 3, 2019, at his sister's residence in Sumter. Born in Florence, South Carolina on August 1, 1942, he was a son of the late Rosa Lee Dukes and the husband of Evelyn Davis of New York City. Leroy was educated in the public schools of Sumter County. He attended St. Jude Elementary School and was a graduate of Lincoln High School. Upon graduation, Mr. Williams moved to Bronx, New York, where he resided for many years. In 1991, he met and married his wife, Evelyn and to this union, a daughter was born. He was employed and retired from the Manhattan Psychiatric Center in New York City after 28 years. Leroy Williams joined and was a member of Thessalonian Baptist Church in Bronx where he served faithfully. In the community, he assisted Pastor Brown in building her neighborhood church. A man with the heart of a servant, took his Christian responsibilities seriously. He helped the elderly by running errands for their personal needs, as well as taking them to doctor’s appointments and shopping. Other community involvement included donating clothing to the needy and different organizations. In his leisure, Leroy found pleasure in the following: watching movies and sports, singing, walking and shopping; affectionately known as “Dapper Dan” due to his sense of style. Leroy also took pride in being a hardworking man that provided for his family. In addition to his parents, he was preceded in death by a sister, Mary Ann Williams. Those left to cherish precious memories include: five daughters, Denise Williams, Monique Dukes, Teka Davis all of New York City, Mercedes Kirk, Bronx, New York and Angela (Brandy) Ramirez, Baltimore, Maryland; three Sons: Rodney Anderson and Leroy (Sandy) Dukes, Bronx, New York and Tony Simmons, Atlanta, Georgia; 13 grandchildren and 12 great-grands; siblings: Alma R. (John) Kennedy (dedicated caregiver) and Harry (Ada) Dukes, all of Sumter; extended family: Carrie B. Ballard (loved as a sister) of Sumter and Betty Joe (James) Broadus, (niece) of New Jersey; Margaret (Doug) Sanders and Doris (Willie) Geter all of Sumter and a host of other nieces, nephews and cousins.

Leroy Dukes Williams Jr., age 76, died Friday, May 3, 2019, at his sister's residence in Sumter. Born in Florence, South Carolina on August 1, 1942, he was a son of the late Rosa Lee Dukes and the husband of Evelyn Davis of New York City. Leroy... View Obituary & Service Information

The family of Leroy Dukes Williams Jr. created this Life Tributes page to make it easy to share your memories.