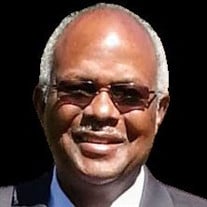 Maceo Antonio Wesley Wylie, Jr. was born in Washington, DC to the late Maceo Antonio Wesley Wylie, Sr and Juanita Hildebrand Wylie on June 22, 1948. He transitioned from this life at home with his family holding his hands on August 3, 2021. Maceo lost his parents by age 13 and spent his teenage years in Lancaster, SC with his paternal grandparents, Ed Wylie and Rose Laton Wylie. He also spent time in Orangeburg, SC with his maternal grandparents, Bey Franklin Hildebrand and Agnes Brogdon Hildebrand and at other times with his step-mother, Lydia White Wylie in New Bern, NC. He graduated from Barr Street High School in Lancaster, SC in 1967. He later attended South Carolina State College, where he met and married his wife of 50 years, Madelyn Brockington Wylie. to this union five children were welcomed: Jeri Michelle Brockington, Melinda Wylie, Maceo Antonio Wesley Wylie, III, LaTravian Brockington Wylie and the late Amy Celicia Brockington Wylie and a special son Kenrick Skinner. Maceo was a 20 year Army veteran who served tours of duty in Korea, Europe, stateside and Iraq (Desert Storm) as a substance abuse counselor. After retirement, he earned his BA degree from Paine College in 1992 and MA degree in social work from the University of South Carolina in 2000. As a social worker with the federal and state governments, he worked with foster care and substance abuse programs. His final and most rewarding job before retiring from civil service was finding resources for injured Iraq War soldiers. After retirement from government service, he spent his time with woodworking, home improvement projects, volunteering in school or any activity in which the grands were participating. He loved his neighborhood community since he moved to Springwood Lakes. in 1987 and worked to keep it a lovely place to live. Our family is blessed to have had the opportunity to be with him in his last few moments and comforted that he is now resting peacefully. Those left to cherish precious memories are his grandsons: Dominique Gerod Brocktington, Darius Antoni Prophet, Xavier Galloway, Miles Galloway and great-granddaughters Andrea Dukes and Dominique Mitchelle Brockington. Also left to mourn his passing are sisters-in-law Brenda Timmons of Columbia, SC, Shirley Ann Hines of Florence, SC; brothers-in-law Fred (Rose Ann) Brockington and Louis (Sadie)Brockington of Florence, SC and a host of relatives and friends. Madelyn Wylie and family wish to express our thanks and appreciation to family, friends and neighbors for the prayers, support and encouragement extended to us during Maceo’s illness and transition. We send a special thanks to: Reverend Marie Deas Webb MA, MDiv Pastor, MT. Sinai AME Reverend Alvin E. Webb MA, MDiv, Pastor, Unionville, AME Ms Leesa Thomas and Family Ms Cheryl Willis and Family Ms Loretta Hill and Family Springwood Lakes Neighborhood Community

The family of Mr. Maceo Antonio Wesley Wylie Jr. created this Life Tributes page to make it easy to share your memories.

Send flowers to the Wylie family.