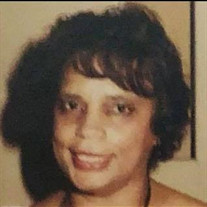 Marjorie Katherine Polite, wife of the late Johnny Polite, transitioned from her earthly labor to her heavenly reward on Sunday, July 22, 2018, at her residence in Columbia. Born June 7, 1932, in Columbia, SC, she was a daughter of the late George Webster Jackson and Mildred Bull Jackson and the wife of Johnny Polite who transitioned on July 20, 2010. Mrs. Polite was a lifelong member of Greenview First Baptist Church where she served in many capacities. She attended Booker T. Washington High School in the 1940s and graduated from Midlands Technical College in the field of Social Services. Formerly employed by the Horseman Dolls in Cayce, she later became a social worker and a parent educator with the South Carolina Council on Child Abuse and Neglect. She later retired from the Sunshine House Childcare and Preschool Center. She was known as one who loved feeding people. She was an excellent cook, and her recipes (Macaroni and Cheese and Sweet Potato Pie) were featured in the Greenview Recipe Book. She opened her heart and her home to many people and will truly be missed. In addition to her parents and husband, she was preceded in death by a son, Stanley Weston; and two brothers: George Webster Jackson and Hayward Bowman, Jr. She leaves to cherish precious memories three sons: Reuben "Benny" (Linda) Weston, Marvin (Deborah) Polite, and Clifford Polite; ten grandchildren: Aubrey Pressley, Sr., Mark Weston, Reuben NaShawn (Shonna) Weston, Todd McKnight, Keisha Jackson Bradley, LaTasha Weston (Chris) McLamore, Chris McKnight, Tierra Polite (M. Theron) Bostic, LaToya Weston (Thomas) Bellamy, and Monique Polite; a host of great-grandchildren and great-great-grandchildren; two sisters: Louella Bowman Hunter and Stella (Robert) Mack; two sisters: Ruth Taylor and Alma O'Bryant; and other relatives and friends who will miss her presence in their lives. In lieu of flowers, the family requests memorial donations be made to The Alzheimer's Association at act.alz.org/donate.

Marjorie Katherine Polite, wife of the late Johnny Polite, transitioned from her earthly labor to her heavenly reward on Sunday, July 22, 2018, at her residence in Columbia. Born June 7, 1932, in Columbia, SC, she was a daughter of the late... View Obituary & Service Information

The family of Marjorie Katherine Polite created this Life Tributes page to make it easy to share your memories.

Send flowers to the Polite family.