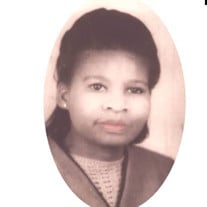 Just prior to dawn on Tuesday morning of April 18, 2017, Gods’ angels beckoned to His faithful and stalwart servant, Mrs. Palma Burgess Andrews, who answered the call by taking leave of her earthly form to join Him on high. She departed from McLeod’s Hospice facility in Florence, SC with family members nearby to bid a loving farewell. Mrs. Andrews was born in Greeleyville, SC to the late Rev. Junius Burgess and Mrs. Lillie Stukes Burgess, the tenth of eleven children, and was the last surviving member of that family. She attended the public schools of Clarendon and Sumter counties and completed her undergraduate degree at Morris College. Her graduate studies were undertaken at Atlanta University and South Carolina State College, where she earned a masters’ degree in Education. Her career as an educator spanned many years in Lee, Marion and Sumter counties. As a young teacher, Mrs. Andrews met and married the Reverend H. B. Andrews of Lynchburg, SC; to this union three daughters were born. Throughout this period of growth and development of her family, she continued to teach, care for her young children and support her husbands’ church work. She is remembered as being a very present and concerned mother as well as an active participant in the church and the community at large. Mrs. Andrews’ background of service in the churches where her husband was pastor is inclusive of Youth Choir director and pianist, director of Vacation Bible School and YPD. On the Local and Conference levels, she had leadership roles in the YPD and the WMS. Mrs. Andrews' exemplary leadership in her church and community was acknowledged through the numerous awards she received throughout the years from her varied associations, to name a few: “Dedicated and Outstanding President”, Womens’ Missionary Society the National ‘Council of Negro Women award for “Distinguished Leadership and Service”. During the recent twenty-five years, as a member’ of St. Matthew A.M.E.C, she was a faithful and effective Steward Pro-Tem, Senior Choir pianist and WMS president.. She also served as a member of the Minister’s Spouses, Wives & Widows Assoc., and as past president of the Interdenominational Minister’s Wives’ Association. Mrs. Andrews was a charter member and past president of the National Council of Negro Women, Lee Section, She was also past Worthy Matron of Queen of Lynchburg, Chapter No. 247, a life member of the NAACP, a member of the Board of Mental Health and for fifteen years she served as Clerk of the Lynchburg voting precinct; a civic cause near and dear to her heart. The South Carolina General Assembly,120th Session of 2013-2014 recognized and congratulated Mrs. Andrews for her years of dedication and service with Senate Resolution Bill #702. Mrs. Andrews is survived by two daughters: the Honorable Palmella A. Brown, Yvonne A. White; two granddaughters; Leisha S. Starchia and Arie White; one great grandson; Parris Starchia, and a host of loving nieces, nephews, a sister-in-law, other relatives and long ime friends.

Just prior to dawn on Tuesday morning of April 18, 2017, Gods&#8217; angels beckoned to His faithful and stalwart servant, Mrs. Palma Burgess Andrews, who answered the call by taking leave of her earthly form to join Him on high. She departed... View Obituary & Service Information

The family of Palma Burgess Andrews created this Life Tributes page to make it easy to share your memories.

Send flowers to the Andrews family.