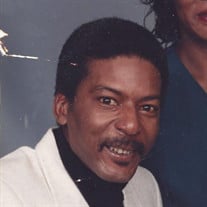 Richard Mack was called from labor to reward on Thursday, February 7, 2019, at Palmetto Health Richland. Born September 9, 1951, in Columbia, South Carolina, he was the youngest child of the late Milton and Charlie Mae Mack. He was a graduate... View Obituary & Service Information

The family of Richard Mack created this Life Tributes page to make it easy to share your memories.

Richard Mack was called from labor to reward on Thursday, February...

Send flowers to the Mack family.