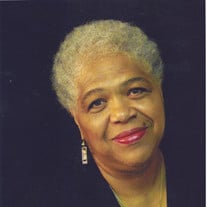 Sandra Jeanette Miller Blake, known as Sandy to her family and friends, was a beautiful soul, a loving wife, mother, grandmother, aunt, sister, educator and friend. She was a down-to-earth, creative woman who revered the truth and honesty in all things. Born in Columbia, SC. in 1947, Sandra was the first child of six born to Vivian and James L. Miller, Jr. Sandra met the love of her life at CA Johnson High School. She and James V. Blake, Jr. were married for 52 years. They have two wonderful children and seven grandchildren: Deirdre B. (Scott) Sayers and her two daughters, Cheyenne and Kaya, and Erik Blake and his children ,Maana, Makena, Jelani, Adara, and Noah. Sandra has five siblings: Cora Davis (deceased), Cynthia Eddie) Robinson, Wanda (Robbie) Glenn, Timothy Miller, and Lisa (Rufus) McDaniel. She was loved by a host of nieces, nephews and cousins. Sandra, a designer and creator all her life, started with a talent and love of needle art at her mother’s knee. She began designing and sewing clothes for her dolls when she was very young. Her passion for all things “dollightful” began after winning the Blue Ribbon for handmade doll clothing at the age of twelve. She went on to design fashion and works of art that can be found in discerning collections around the country. Sandra attended Howard University in Washington, DC, where she earned a B.A. Degree in Clothing and Textiles and minored in Fine Arts; she graduated in the Class of 1973. She became immersed in the unfettered expressions of African and African American culture, history, beauty and art. It was a defining moment in her artistic development. As a new mother, Sandra found few acceptable dolls or toys to serve as positive depictions of the Black child. In 1978, she began Sanjean OriginalsTM to showcase her originally designed cloth dolls, “The Dollightful Family.” TM Her work also includes meticulously sculpted porcelain works and portrait dolls. Sandra’s dolls can be found in the personal collections of such notables as Roberta Flack and Oprah Winfrey, and in the permanent collection of the SC State Museum. In 1994, she was selected to create the Commemorative Doll for the National Black Arts Festival titled “Ascension.” Sandra was commissioned to design and create a doll incorporating a patented device used to teach patients about Sickle Cell Anemia. A featured artist in the book Black Dolls: Proud, Bold and Beautiful, Sandra’s work has been exhibited at The American Jazz Museum in Kansas City, Missouri, the African American Museum of Philadelphia, and the Most Worshipful Prince Hall Grand Lodge of South Carolina in Columbia. Sandra was a member of Rahab Court #15 Heroines of Jericho, where she served as Grand Lecturer of Rahab Grand Court. Sandra’s favorite saying that “There is something in the universe,” is a recognition of the connection among us all. Namaste. Shalom. Peace be Unto You. Salaam. Memorial gifts may be directed in lieu of flowers to the MUSC Foundation/Hollings Cancer Center, 18 Bee St., MSC 450, Charleston, SC 29425. Please make note that gifts in memory of Sandra Blake will be directed to benefit the HCC Hematology/Oncology program.

Sandra Jeanette Miller Blake, known as Sandy to her family and friends, was a beautiful soul, a loving wife, mother, grandmother, aunt, sister, educator and friend. She was a down-to-earth, creative woman who revered the truth and honesty in... View Obituary & Service Information

The family of Sandra M Blake created this Life Tributes page to make it easy to share your memories.

Sandra Jeanette Miller Blake, known as Sandy to her family and...

Send flowers to the Blake family.