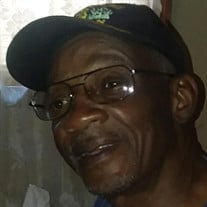 Peacefully, without a sigh or moan, Silas Hambrick, Jr. departed this life on Thursday, August 30, 2018, in the early morning hours at WBJ Dorn VA Hospital in Columbia, South Carolina, and took his place amongst God’s eternal dwellers. Born January 6, 1947, in Columbia, he a son of the late Dorothy Mae Hambrick. While attending Booker T. Washington High School, Silas was called to serve his country during Vietnam in 1966. Becoming a soldier in the United States Army, Silas would say, was one of his best accomplishments. While it was his hope to serve the nation long term, after only two short years, Silas was discharged having earned the honors of the Purple Heart and Bronze Star thanks to the gallantry and heroism he displayed. Silas had a major impact on the lives of his family and friends with love, wittiness, and charm. Throughout his life, family was a constant motivation; upon his return from Vietnam, he met the love of his life, the former Valerie Wade. The two were joined in matrimony in 1982, and from this union would come his son and daughter. Silas was a proud father; he loved his children dearly and was happy to share that same unwavering love with his nieces and nephews. In addition to his mother, Silas was preceded in death by two sisters: Barbara Jean Wright and Elizabeth O’Neal; and two brothers: Christopher Wright and Anthony Clay Wright. He leaves to cherish precious memories his beloved wife, Valerie Hambrick; son, Silas Hambrick, III; daughter, Shilas T. Hambrick; grandson, Silas Hambrick IV; four sisters: JoAnn Footman, Pamela (David) Burton, Deborah Hambrick, and Fannie Delores Hardin; and a host of nieces, nephews, other relatives, and friends.

The family of Silas Hambrick Jr. created this Life Tributes page to make it easy to share your memories.

Peacefully, without a sigh or moan, Silas Hambrick, Jr. departed...

Send flowers to the Hambrick family.