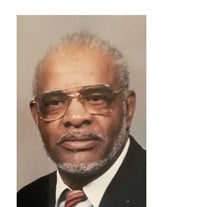 Thomas Williams came into his season of birth on October 18, 1932 in Sumter, South Carolina to his parents the late Arthur and Alean Robinson Williams. On April 23, 1952, Thomas married his sweetheart and the love of his life Dorothy Ann Howell in Bridgeport, Connecticut. The two shared sixty-seven plus years of laughter and love. They traveled, hosted many holiday dinners and dances and was known as the best pair, the best couple, outstanding husband and wife team, but mostly the best of friends. They were the couple to watch and the couple to love. At a young age, Thomas was community involved, he never met a stranger. His family was exceptionally proud of him for serving the United States Air Force. He was a cook and fed and served many persons from around the world before he was honorably discharged. Thomas was an active member of Bethel AME Church in Bridgeport, Connecticut where he enjoyed serving with the Men’s Club and the Bethel church community projects. In Bridgeport he was a member of the American Legion and was a Mason. He remained faithful until relocating back to Sumter. After returning home, Thomas re-joined High Hills AME Church, where he served on the Pastor’s Aide and the Men’s Fellowship which he loved. He enjoyed the overnight camping trips and the outdoor annual fellowship with the men. Thomas was employed with Steel Construction Company in West Haven, Connecticut, for over thirty years. After retiring he returned home to Sumter, South Carolina in 1999 and began working with Waste Management and was a Cab Driver for Sumter Taxi. Thomas will forever remain in our hearts. His love for Baseball; the Braves and the Mets were the only teams he believed ‘Played Ball’; his love for Westerns, the television had no other channel unless it was baseball, and his personal methods of fishing, which he loved, were second to none. He leaves to cherish his memories, his wife and sweetheart Dorothy Ann Howell Williams; one son: Jeff Kennebrew of Bridgeport, Connecticut: one daughter Latasha Kennebrew of Bridgeport Connecticut; one sister Louise Williams Thompson of Gaithersburg, Maryland, one grandson of the home Jermaine Williams; one aunt, Mary Robinson of Chester, South Carolina; three sister in laws: Marcella Howell of Sylva, North Carolina, Laura Scruggs of Franklin, North Carolina and Annie Mae Green of Sumter, South Carolina; one brother in law: Harry Howell of Sylva, North Carolina; a total of five grandchildren, eight great-grandchildren, and one great-great grandchild: a dedicated neighbor, friend and caregiver William Morant, a fulltime cook and caregiver Thomasina Singleton, a fulltime caregiver and driver Bernice Harris and a host of nieces, nephews, cousins, other relatives and friends. Thomas was preceded in death by his parents Arthur and Alean Robinson Williams; a daughter Tracy Williams Boone; and his siblings Reverend Arthur R. Williams and Samuel Green.

Thomas Williams came into his season of birth on October 18, 1932 in Sumter, South Carolina to his parents the late Arthur and Alean Robinson Williams. On April 23, 1952, Thomas married his sweetheart and the love of his life Dorothy Ann Howell... View Obituary & Service Information

The family of Thomas Williams created this Life Tributes page to make it easy to share your memories.

Thomas Williams came into his season of birth on October 18,...