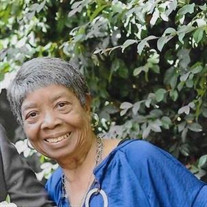 Thomasina "Tommie" Williams Davenport departed this life on Wednesday, June 20, 2018, at Providence Hospital Northeast in Columbia. Born March 3, 1941, in Barnwell, South Carolina, she was one of seven children born to the union of Ollie and Leoler Williams and was lovingly reared by Rev. Clarence and Marie Williams. Tommie was a graduate of CA Johnson High School in the Class of 1959 and earned her Associate Degree from Allen University. She was one of seven children. After many years of traveling with her husband who proudly served in the military, she returned to Columbia and worked for the Richland County Public School system at W. A. Perry Middle School as school secretary and office administrator. Her last employment was Office Manager for Dr. Gary Bell where she worked for over 25 years. Thomasina was an active member of the Columbia Chapter of the Red Hat Society and several bridge clubs, including the First Wednesday Bridge Club. She accepted Christ and was a former member of Second Nazareth Baptist Church where her father Clarence was the pastor. She later became a member of Grace Church Ministries, Inc. In addition to her parents, Tommie was preceded in death by her daughter, Inge Davenport Edwards. She leaves to cherish precious memories her loving husband, (RET) Colonel Milton D. Davenport of the home; her daughter, Ilona Davenport of Columbia; her son-in law, Kenneth (Inge) Edwards; her grandchildren; Courtney Davenport (Gerrard) Roberts, most recently of Savannah, GA, Camryn Clarke Davenport of Columbia, Madison Tate Edwards and Morgan Taylor Edwards, both of Raleigh, NC; her god-daughter Nelda (Tyrone) Burroughs of Memphis, TN: her sisters: Maggie (Joe) Wilson of East Elmhurst, NY, and Ms. Ernestine Kirkland. She will also be lovingly remembered by her god-grandchildren: Melanie Burroughs (Eddie) Cole of Memphis, TN, Kevin Swinton of Atlanta, GA, and Latosha Richardson Pinckney of Crestview, FL, their children, and a host of nieces, nephews, relatives and friends. In lieu of flowers, the family requests memorial donations be made to the March of Dimes www.marchofdimes.org/giving/support-general.aspx

Thomasina "Tommie" Williams Davenport departed this life on Wednesday, June 20, 2018, at Providence Hospital Northeast in Columbia. Born March 3, 1941, in Barnwell, South Carolina, she was one of seven children born to the union of Ollie and... View Obituary & Service Information

The family of Thomasina Williams Davenport created this Life Tributes page to make it easy to share your memories.

Send flowers to the Davenport family.