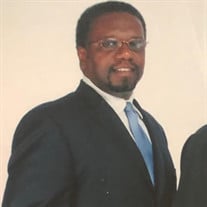 Life Reflections Timothy McQueen, 64, better known to his family and friends as Tim, departed this earthly life on April 6, 2022 in Devens, MA. Born in Columbia, SC, on February 1, 1958, he was the youngest of four children of the late Rufus McQueen and Thelma Owens McQueen. He was educated in the Richland County Public Schools and graduated from Spring Valley High School in the Class of 1976. While at Spring Valley, he played Varsity football and was on the Championship Team. He enlisted in the United States Army and was on active duty from1976 to 1979. From 1979 to 1982 he served in the U.S. Army National Guard. Mr. McQueen was employed as a Columbia City Police Officer from 1979 to 1984. He was later employed by United Parcel Service (UPS) as an On Road Driver/Supervisor for Columbia and Aiken, SC promoted to business manager of Sumter, SC hub and then returned to Columbia as business manager of Columbia East Center in West Columbia, SC. Mr. McQueen was self-employed from 2005 to 2009. In his spare time, Tim enjoyed physical fitness and specifically lifting weights both individually and with friends. He lived a healthy lifestyle with no addictions. He was an excellent racquetball player and would go out of his way to help others. He was a former member of Jehovah Missionary Baptist Church which was his family Church, and he became an ordained Minister under Rev. Dr. Stanley Marshall in Columbia, SC. From his first marriage, he was blessed with three children: Timothy, Brian and Crystal. Later, he remarried and two additional children joined the family network: Jazmine and Troy. In addition to his parents, he was preceded in death by a special cousin Brenda Owens Martin, who was like a sister. Surviving in addition to his wife, Lisa McQueen and children are six (6) grandchildren; three (3) siblings, sister Unyolia (Robert) Coleman of Waldorf, MD; two brothers: Larry Donnell (Barbara) McQueen of Columbia, SC, and Charles (Cathy) McQueen of Atlanta, GA; an uncle Willie (Barbara) Owens of St. Albans, New York and a host of other relatives and friends.

Life Reflections Timothy McQueen, 64, better known to his family and friends as Tim, departed this earthly life on April 6, 2022 in Devens, MA. Born in Columbia, SC, on February 1, 1958, he was the youngest of four children of the late Rufus... View Obituary & Service Information

The family of Mr. Timothy McQueen created this Life Tributes page to make it easy to share your memories.

Send flowers to the McQueen family.