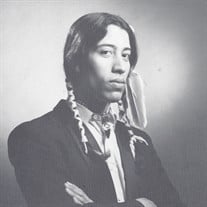 Dr. William Moreau Goins, affectionately known as &#8220;Will,&#8221; departed this earthly life on Saturday, November 11, 2017, in Columbia, South Carolina. Born in Washington, District of Columbia, on December 2, 1961, he was the youngest... View Obituary & Service Information

The family of Dr. William Moreau Goins created this Life Tributes page to make it easy to share your memories.

Send flowers to the Goins family.