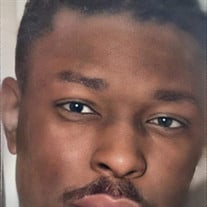 On Sunday, December 19, 2021, our beloved William Nedd, Jr. Age 81, affectionately known as “Nedd” departed this earthly life at his home and entered eternal rest. William was born on April 21, 1940, to the late William Nedd, Sr. and Margaret Ben. Nedd was born and raised in Mayesville, SC and attended schools in Sumter County, SC. Nedd was the eldest of five sons in which he took his role of “the big brother” serious. Nedd joined Goodwill Presbyterian Church in Mayesville, SC and was baptized at an early age. In 1961 he met the love of his life, they married on December 29, 1962, and to this union four children were born. Nedd and his family relocated to Washington, DC in 1965 in pursuit of a better life. He worked for various construction companies for over two decades. After leaving the construction industry, he became an entrepreneur. Nedd was a self-employed mechanic for many years until his health began to fail. Nedd loved everything about vehicles. He went on to drive the Daycare Church Bus part time for Contee AME Zion church under the leadership of the late Rev. Carter. Nedd was always more than willing to share his expertise of cars with all of those in need. Nedd also loved to sing and cook for his family. He had a special place in his heart for his great-grandchildren. He adored them and they looked forward to seeing him and being called by their own personal nicknames that he gave each one. Nedd was preceded in death by his son William Darrell Nedd, daughter Yvonne Fulton and three brothers Wallace, Jesse, and Eugene Nedd. He leaves to cherish his memories; wife of 59 years Jessie Mae Nedd, son Willis Nedd (Lindora), daughter LaWanda Nedd-Kea (Ricky), brother Warren Nedd, nine grandchildren; Sholanda Miller-Bailey (Jonathan), Dana Nedd, Jessica Palmer, Willis Vann, Kiana Nedd, Keedah Bell, Chauntica Reid, Nancy Kea and Lattice Johnson, ten great-grandchildren; Destiny, Marvin, Caden, Nehemiah. Flowers may be sent to the address of: Palmer Memorial Chapel 304 South Main Street Sumter, South Carolina 29150

The family of Mr. William Nedd Jr created this Life Tributes page to make it easy to share your memories.

Send flowers to the Jr family.