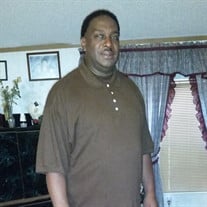 Willie James Carter, 61, transitioned on Sunday, February 4, 2018 at New Llano, Bernon Parish, La. Born in Bishopville, SC, he was a son of Victoria C. Carter and the late Wille James Parrot. He was a graduate of Mt. Pleasant High School in... View Obituary & Service Information

The family of Willie James Carter created this Life Tributes page to make it easy to share your memories.

Send flowers to the Carter family.